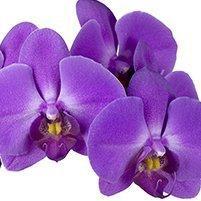 Dr. James Meyer is a board-certified OB/GYN specializing in all aspects of women’s reproductive health, including hormone replacement therapies for both men and women. At South Texas Women’s Health & Medical Spa, the doctor serves patients living in the Uvalde, Texas area.

Since 2001 there has been a great deal of misinformation and apprehension regarding the topic of hormone replacement therapy. Traditionally, the topic has been generally applied only to those women who have undergone natural or surgical menopause. The information released 15 years ago as a result of a large study indicated that women taking hormone replacement were at increased risk of breast cancer, heart attack, stroke, blood clots, and dementia. Unfortunately, many women and their physicians avoided hormone replacement altogether, and, as a result, many women suffered needlessly.

Fortunately, since 2001, much more information has accumulated regarding the topic allowing women, and now men, to consider the benefits of regaining the hormone balance of a young adult safely and rationally. Bioidentical hormone replacement therapy consists of administering the exact same hormones made by the human body in a manner which is precisely individualized by testing, and by a means which mimics the body’s own release of the hormones.

We now know that there is a natural decline in sex hormones in both women and men with age. Well before menopause in women, the decline in ovarian hormones can lead to symptoms of fatigue, “brain fog”, decreased libido, sleep disturbances, just to name a few. Men experience the gradual decrease in muscle tone, increased abdominal fat, decreased energy, and declining libido.

BioTE is a concept in bioidentical hormone replacement developed by Dr. Gary Donovitz in 2007. Over the years since, continued research and accumulated data has contributed to the most successful program of hormone therapy for both men and women. Optimized hormone balance leads to an increased quality of life while preventing age-related illnesses. It all starts with a simple blood test.

Contact Dr. Meyer today to see if Hormone Replacement Therapy is right for you.

At South Texas Women's Health & Medical Spa, we are dedicated to our patients' health. We accept a variety of insurance providers to make sure that all of our patients are covered. If your insurance is not listed or if you have any questions, please call our office to see how we can partner with you. CareCredit is accepted for all procedures.

Please be aware that we do not accept insurance for any of our Aesthetic procedures.

Words from our patients